It is unfortunate that my first post about quizzing has to be this. Making a mountain out of a molehill. Small thing, big noise. The first post about quizzing was supposed to be about a question at one of Arul Mani’s as-usual-good quizzes regarding Ganymede and all the highly imaginative and brilliantly funny guesses it led to. The question was “Identify the guy in the picture and what word, meaning homosexual, is derived from his name?” Guesses included Ganymede/ Gandu. I forget the rest, but the best one was Homer/ Homo. It was also supposed to include another question at the same quiz about hints of lesbianism in ancient India, and the equally hilarious guesses. I had it all figured out, but it never came about as the JPG of the visual in question wasn’t sent across by the abovementioned quizmaster, who was, no doubt, too busy. Speaking of quizmasters brings me to this…

One of the unwritten rules to quizzing is that the quizmaster is always right. But this could mean two things (1) It means that participants have to agree to whatever the quizmaster says. You cannot challenge the answers. Shut the fuck up, don’t crib. (2) It puts a hell of a lot of pressure on the quizmaster to get his questions and their respective answers right. It should not be challengeable by the participants and the audience, and if challenged the quizmaster should have his facts straight and provide valid, relevant substantiation. Some of the best quizmasters around choose to go with (2). But unfortunately not every quizmaster thinks so. While I do not approve of raising doubts about the quizmaster’s choice of questions, or their content and relative ease (or otherwise) – it’s the quizmaster’s prerogative – I do think I have a valid point to make when the quizmaster awards points to the wrong answer. You don’t want to give the right answer the points, at least don’t give it to the wrong answer. If the “wrong answer” was to have been awarded the points, change the bloody question; structure it around the answer you want. Change the words. Go back and look at the facts. Or just scrap the question. That’s what a good quizmaster does.

Why the vitriolic outburst you ask? This was sparked off by an incident at the quiz I was yesterday, or specifically one of the more contentious questions. Or is it, contentious answer? Whatever. What follows should not be construed as casting aspersions about the quality of the quiz – which was quite decent actually, I quite learnt a lot – this one question in question stuck in my throat. And since the quizmasters kept saying put fundaes, I guess I will.

While I forget the exact phrasing of the question, here are the basic words that made it up “English archers. Longbow. Battle of Agincourt. Loss of index and middle fingers.” So what present-day practice comes from this? I did this to the quizmaster.

Now, I did not meant to say ‘up yours’ to the quizmasters. That was the answer. It’s an offensive gesture, analogous to giving someone the middle finger if you were in England. How you ask? This is the answer I gave – This is a british sign ‘pluck yew’ which has its origins in the fact that up to the Battle of Agincourt in 1415, captured English archers, who were otherwise quite lethal with their longbows, had their index and middle fingers cut off by the French so that they could never ever draw their bows again. But once the English started winning, they gave them the ‘Pluck Yew’. Urban legend maybe, but it is so much part of the folklore that I thought this was the right answer. No matter the nonsensical pseudo-academic tripe that Scopes (the site) came up with. Our answer had all the right words – Agincourt, the exact fingers – but sorry wrong answer!!

What! No amount of protests could get us the points. Fine ok. Maybe I did give the wrong answer, I thought, and let it go. The whole team did. But then came the best part. After passing for a while, during which many gestures (read answers) were made at the quizmasters, we finally arrived at the right answer, which was this:

What?!! Ok so my answer may be wrong, but this, sir, is definitely not the right answer. I know this because the “Horned Hand” gesture familiar to millions of rock fans. It has nothing whatsoever to do with only the middle and index fingers, and definitely not with English archers or Agincourt. So what are its origins? Although most rock fans use this symbol, I knew it was satanic, so to speak, as someone had told me that if you look carefully, this gesture makes three 6s. That’s 666. Ergo, it’s satanic. Most likely concocted. But having recently read the Satanic Bible by Anton LaVey, leader and founder of the Church of Satan, I have at least a basic idea of what the gesture is all about. Having followed general trails, I came upon this. Over to the Satanic Bible.

Horned Hand or The Mano Cornuto:

This gesture is the satanic salute, a sign of recognition between and allegiance of members of Satanism or other unholy groups. The first image represents the horned god of witchcraft, Pan or Cernunnos. Note the thumb under the fingers and given by the right hand. The next image is a sign of recognition between those in the Occult. When pointed at someone it is meant to place a curse. Note the thumb over the fingers and given by the left hand.

And here's our very own Rjanikanth doing this: 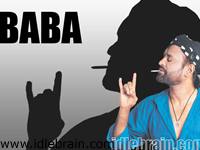 Very similar to the Horned Hand, but here the thumb supports the middle and ring fingers and is actually the Mriga (Or Mrigi) Mudra which is symbolic of deer.

So there goes. Total fundaes. Interesting fundaes. Funda-full fundaes. From almost all angles. But unfortunately nothing to do with the key words in the question for which this gesture was the answer. No archers. No Agincourt.

What this proves, at least to me, is that the Horned Hand gesture was the wrong answer. I’m not saying my answer was right, even though it covered everything and was the most satisfactory. Maybe the quizmaster was right. I am also willing (given enough valid reasons) to say I gave the wrong answer. Till then, Pluck Yew stands. That's my gesture.