One fine evening, many moons ago, 3 comic buffs bumped into each other at the comics section of Blossom. One was an artist and worked at Gotham comics. One was a techie with an insatiable hunger for all things comics. Introduction were done with, ids exchanged. The script for Batman Begins was circulated amongst them. And then came the lull.

Mostly in touch was the one known as the Beatzophrenic, (looks a bit like gollum from the LOTR movies, doesn't he?) who while not bussssy sssseducing women and buying books/CDs DVDs, went to become one of Bangalore’s resident comics freak/experts. The precioussss Beatzo was also spotted going on a Graphic Rampage at KQA’s first comics quiz, and giving away CDs and DVDs full of scanned comics. Last seen complaining to mommy about how the angst in his pangst hurts and explaining to the world what ret-con (in comics) is in excruciating detail, accompanied by interesting details, interspersed by a war dance, a war whoop, a yodel, a yabadabadoo and a tippity tappity tap, in that order.

Not so much in touch was Avik, the artist (who still looks like himself). Having quit Bangalore, he returned to Kolkata. After pencilling in some amazing stuff for a Phantom comic, among other things, he recently bumped into Enki Bilal (yup, you read right, Enki Bilal). And if all goes well, you can soon expect to see Dracula’s Bride staring down at you from a comic book rack near you. Go take a look at Avik’s Deviant Art Gallery. It’s got some great stuff. And Phantom looks the way he should. And do make it a point to tell him how great it is. And now i leave you with a couple or three of cool pages chosen randomly from Avik's Phantom sketches (to catch the complete set, click on link above. 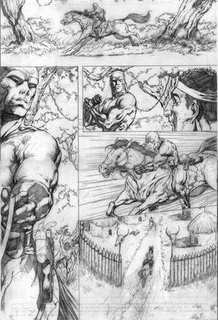 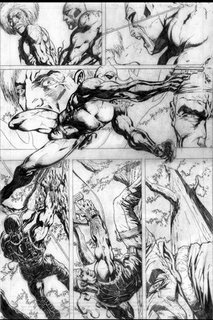 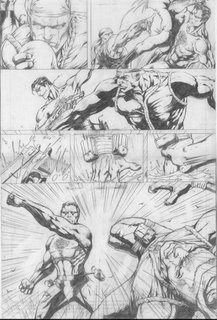