Kannada remakes can (usually) be deceiving: Not quite a review of Drishya

At first my father was apprehensive about coming to watch Drishya. So was I for that matter. The usual Kannada standards applied, so I’m not surprised. Even when it comes to remakes, Kannada filmmakers have a way of trying to go overboard in ‘Kannada-fying’ films, adding masala and unnecessary frills to suit what they think is ‘local taste’, not to mention cheapass songs and innuendo. And with Drishya having Ravichandran in it, an item number wouldn’t have been out of place, script and character be damned.

But he turned receptive to the idea when I told him that it’s a remake of the Malayalam film, Drishyam. And because he hold them in high regard and is a fan of, he gave in. So off we went, the full family, to watch Drishya, still not without a sprinkling of trepidation of what to expect. But we were most pleasantly surprised. Drishya turned out to be quite a faithful adaptation of Drishyam. In fact, some minor elements were even improved upon. Giving Sadhu Kokila’s character a slightly different spin & background worked as well. And in my opinion, Achyut Kumar’s depiction of the corrupt constable is a shade better than Kalabhavan Shajon’s. Definitely deserves a big pat on the back. Ilayaraja’s music and background score just added that extra touch. Equally nice was Shivaji Prabhu’s portrayal of the IG’s husband. The actress playing the IG by the way, is the same in Kannada as well. 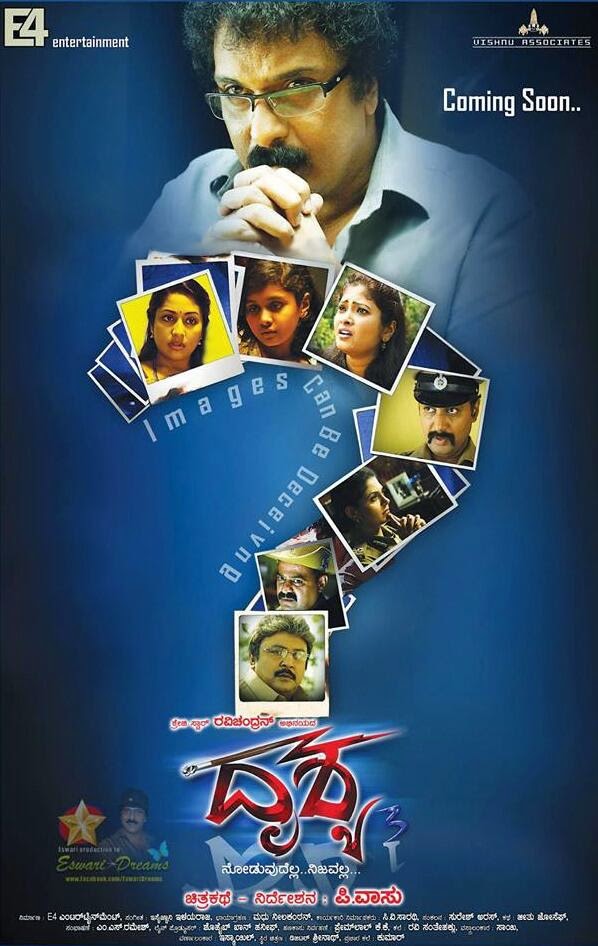 And of course, Ravichandran. Apart from a passing catch-it-if-you-will mention of ‘anjadagandu’ and ‘premaloka’, he seems to have made peace with the reality that he isn’t the crazy star anymore, and instead should be an actor. Not close to Mohanlal of course, but an appreciable and effective effort nonetheless. All in all, a recommended watch. And if you like me, would like to watch Kannada movies with full family but usually don’t find any that that you could take your parents to, this would be it. Tell them it’s a Mohanlal movie, like I did. Usually seals the deal.
Miaowed by Shenoy

thanks for the review. my family and i have similar apprehensions about watching kannada movies these days. the last one i watched in the theatre was 'america, america'!

also, we recently watched 'oggarane'. prakash rai is awesome as usual. another pleasant movie worth a watch with family.

Thank you very much for sharing information that will be much helpful for making coursework my effective.