Everything you wanted to know about Kolaveri but didn’t know who to ask!

First tell me what is this ‘Kolaveri’ means?
The word is derived from the Tamizh words ‘Kolai’ meaning killing/ murder and supposedly ‘Veri’ 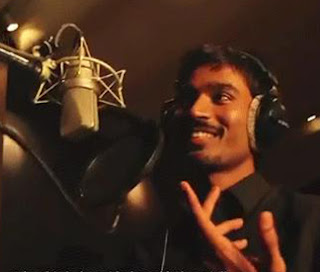 meaning ‘rage’. So Kolaveri literally means ‘killing rage’ or ‘murderous fury’. Keep in mind that is a soup song (see next question) sung by a soup boy (again, see next question) so he is asking the girl who has rejected him why she is treating him like this. Soup boys will get it. But it’s usage can go beyond it. Last heard Soniaji was asking Mamata Bannerjee “Why this Kolaveri Didi?”. Also overheard an hour into Rockstar ‘Why this Kolaveri?’. Will soon supplant and replace ‘Emosional Atyaachaar’.
What’s ‘Soup’ got to do with a girl? What is a Soup Song? Who is a Soup Boy?
If you ask me, soup is short for ‘Soup-er’ – as in soup-er figure mama – but unfortunately that’s just my theory-u. According to Dhanush, the lyric writist and singer of this song-u, a Soup Boy’ is a love failure boy and a ‘Soup Song’ is a love failure song. Anu Malik’s “Why did you break my heart? Why did I fall in love?” is a soup song. Devdas is a Soup Boy. Singing ‘One by two-u veg manchow soup da’ to the waiter in tune is NOT a soup song.
Is ‘bouv-u’ supposed to the sound of a dog barking spelt bad wrongly?
This misconception stems from the classic Sher: Tere pyaar me mujhe kutta bana diya, Tere pyaar me mujhe kutta bana diya….yakeen nahin aata? Bow Bow!’ This is also a classic example of a Soup Sher. The theory fits in as much as this is a Soup Sher and the guy is singing to a girl in desperation because in a twist she said ‘yes’ to him and truned him into a dog (bandh gaya patta, ban gaya kutta). But the truth is that ‘bouv’ supposedly is slang for ‘snubbed’ ‘stood up’ etc. etc. Also nicely rhymes with cow-u.
Can you translate the ‘song’ into English please?
No. Because the whole song-u is in yinglish wonly mama. Did you not hear Dhanush say ‘Only english huh’. The few Tamizh words in the song have been addressed in the questions above. Also because any attempt at translation would lose out on the feelings of the song mama.
Why do you insist on calling me uncle? I don’t have a nephew or niece yet and neither am I that old!
No offense mama, but mama here does not mean ‘uncle’ it is but an affectionate term for ‘friend’ as you can see in the video itself where Dhanush call Anirudh, the music director ‘mama’, this does not mean Anirudh is Dhanush’s uncle. Anirudh’s uncle is (I have heard) Rajini saar.
WTF is Shruti Hasan doing in the video with the headphones on and all that?
Holy cow-u. What kind of a question is that? It’s Shruti Hasan! She can be anywhere she wants to. She looks equal parts cute, equal parts hot in the video so don’t look a gift horse in the mouth-u.
Who is the other woman?
Depends on which man you are talking about. In HDK’s case, it is the actress Radhika. Oh wait, you mean who is the other lady in the video? That is Aishwarya, director of the film in which this song features, Dhanush’s wife and the daughter of Rajini saar.
Is there a political angle to this song?
Perhaps, but only if you insist on saying – in Kannada, in Chennai – ‘Kolaveri nimmadu, Kaveri nammadu’. (HT to Lady J who misread Kolaveri as Kaveri thus providing ample fodder for politics)
Can you deconstruct this song? Is there a neo-classical post-modern interpretation to this song?
Yes. Get me drunk first.
Is there a cure for this song? I cannot stop watching the video again and again and again? I cannot stop listening to the song-u? I have lost count-u? What iz the cure-u?
You are probably watching the video to drool at Shruti Hasan, that’s not an affliction, you’re lucky, so don’t worry there is nothing wrong with you. As to listening, yes, there is a cure. But the cure is worse than the disease it is called ‘Silila yeh silsila’ (x3 ) followed by a healthy dose of Rebecca Black’s Friday. So stick to humming Kolaveri, it is a lot more fun. May the force be with you.
Any answer to any question that I might have missed?
Yes, you forgot question. And the answer to that question is ‘Yes, Rajinikanth knows the answer to ‘Why this Kolavri di?’
Miaowed by Shenoy

I'm in splits after reading this. Brillia.. no SOUP-er :D

Someday, today will be nostalgia said...

This is how a 'Medras baai' defined 'Soup baai' to me : A soup boy is a boy who, while his friends order cheap beer and Old Monk at the down- market hang out next to the campus, modestly asks for, well, soup.

Yet to be verified with others from the region :D

Jo, yea i heard something to that effect. they are also known as rasam-payyas. but dhanush has gone on record to say what 'soup boy' means in this context and zat is what i have the put-u. when the person explaining is the son-in-law of Rajini saar, you listen! ;)

The Song is sooper Maamu!! :D

But to make it clear, the other woman is Soundarya, Elder Sister of Aishwarya Rajinikanth.

Kriz: whatte dimension. Will file it away for future references ;)

jUggie: No man, that is Aishwarya wonly. Not that I know them personally but considering that ‘3’ director is Aishwarya would make sense for her to be there and for Dhanush to listen to her in a way that husbands have to. Soundarya meanwhile is directing Rajini saar’s next film Kochadaiyaan.
Also, in the official video released also she has been named as Aishwarya.

This is hillarious :) I hate this song and this post was like..fuel for fire for me :D

Most brilliant!! Am a tamilian, knew most of the ans ( evaaga nodi, maska hodithaidini) , but still enjoyed the revelations :))

soup erb soup erb.Every tiime u come up with such nice post

Please! For fuck sakes! Change your blog title! It's an insult to Schrodinger!

*cc- cuppacoffee: maska-fying - like our accents - is our birthright!

*Anony-mouse: saari maccha, me don't take suggestions and/or opinions of nameless nobodies who don't have the testicular fortitude to put their name to their opinions. chill maadi, fill glass-u with scotch-u and drink-u if you have nothing better to do-u