Thank you (also) for the music

Is it purely for the music or is it because of how intrinsically entwined it is with my childhood that I feel so a special connection with the man? I think it is because of the latter closely followed by the former.
Growing up, it was easy to dismiss ‘western music’ as this inexplicable noise and gibberish that as someone with absolutely no knowledge of English or exposure to the outside world I could afford to do. But somewhere between Mukesh and MS there was Michael, this one person who came to epitomize western music for us all – Michael Jackson – be it in or karwar or udupi and other such places I spent my childhood in. Exposed to nothing more than Doordarshan and later The World This Week. It is a testimony then to MJ’s influence and worldwide accessibility. For the longest time, he was the only western music I ever knew, as I am sure he was for many of my generation. Those days if anyone said he listened a lot to western music, you could be rest assured he meant that he had one Michael Jackson tape. And that is why his death is that much more saddening. A part of our collective childhood died today, reminding us again of those days gone by when we would listen to Michael Jackson on thrice-recorded audio cassettes. In fact the first english music album I ever owned, a gift from my older cousin, was a copy of MJ’s Dangerous. 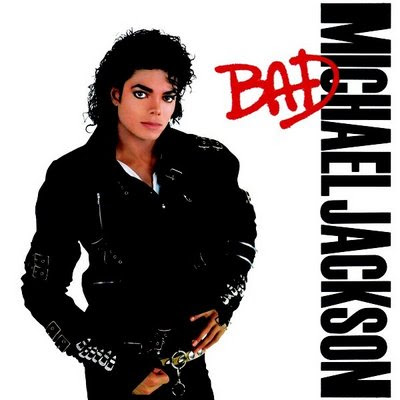 He was good. He made us love the unfamiliar. And how. But….Who was he? What was he? We knew nothing but his name. And all songs (the few rather that we knew) were known more by their description of what happened in that particular song than by its name. The attempts to hum the tune to tell the other guy what song you were referring to were as much as the songs themselves. Lyrics were irrelevant, as we didn’t know or speak english. Track names, what’s that? All that mattered was that we were listening to “foreign music”. And having a ball of a time crowded around an old tape recorder, each trying to outdo another in his “understanding” of this weird and unfamiliar yet strangely alluring music. With their fast pace, their dancy tunes, their strange instrumentation and above all, that great voice.

I remember those futile but insanely funny attempts when a few of us school boys tried moonwalking and dancing after seeing MJ do it like only he can. With lots of loose flailing limbs and crotch grabbing in a manner only awkward adolescents can. There was no cable then, no youtube, no DVDs, but a rental Video Cassette (at 10 rupees per day) that we all pooled in with a rupee or two in to see what it was all about. I remember that video cassette also had “that song where the Michael walks on the footpath and the tiles become bright bright as he walks over them”. I clearly remember that day after we watched the video mostly because of all the bruised knuckles and painful fingers we inflicted on ourselves during PT class in a bad, misguided and pale (no-knife) imitation of the Bad video. Total fun. Lots of Iodex was used in many a classmate’s household that night.

In effect that I think is what this is about – it wasn’t just Michael Jackson who died today, but a small, if very significant part of me as well. A part of a childhood lived in a bygone era, unrecognizable today. So selfishly I mourn today as much for that part of me as much as for Michael Jackson. All the artifacts, the little cultural reference points, the shared experiences slowly eroded by death, and fading with the march of time leaving behind the detritus of nostalgia and echoes of the past.

All I can say is I’m glad I lived when I did. And given a choice to redo things, I would still choose to have Michael Jackson as my first tentative step into the world of foreign, western music. 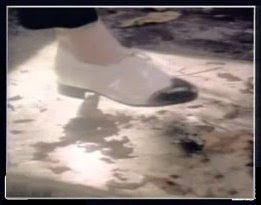 You, me and our friends brought up in that time – we are all those blocks that lit up when Michael Jackson stepped into the days of our lives. Back when.

Rest in peace Michael Jackson and do the moves again on the great dance floor in the sky.

Email ThisBlogThis!Share to TwitterShare to FacebookShare to Pinterest
Labels: music, People, senescence, to the departed